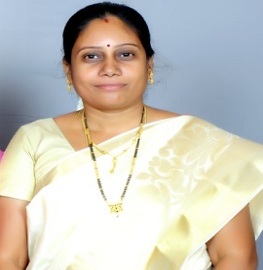 Title : A study to evaluate the effectiveness of selected nursing interventions on urinary incontinence among the elderly female residing in selected old age homes at Pondicherry

Ageing affects both body and mind. Some age related changes starts as early as the 20s and increasing as the person grows older if it is unnoticed. Urinary incontinence (UI) is such one of the condition among elderly. More over in females, severity of this problem is associated with their health in early years of life. The main aim of this study is to assess the effectiveness of selected nursing interventions on urinary incontinence among elderly females and also type of UI was studied .Quantitative research approach and one group pre test and post test research design was used in this study.  The study conducted in two phases. In the first phase,  there are 210 samples selected and screened for UI.  There were 61 participants selected out of 210 subjects after the screening process. The subjects were selected by cluster random sampling technique for the phase 1 and the interventions such as  Pelvic floor muscle exercise and scheduled voiding were provided for the subjects with UI for  three months in the second phase of the study.
Results:
There are about 64% of the subjects had stress UI and 36% of subjects had urge UI. The outcome variables such as PVR, level of UI, Interval between regular voiding, frequency of urination/day, Dribbling of urine/day and frequency of bed wetting/day were assessed before and after the intervention at the interval of one month for three times respectively during the course of study. It was noticed that the mean level of UI was reduced  in the post tests gradually in all these outcome variables  and it was found to significant at P <0.001 with ANOVA repeated test .Further,   the mean differences between pre and post tests was assessed for all outcome variables of the study and it was found to be significant at P <0.001 with ANOVA repeated contrast test.
Conclusion:
In this study, it is proved that the regular and persistent practice of kegel exercise will reduce the severity of UI.

DR. Nivethitha  is currently working as  a professor  at Govt college of nursing ,Puducherry. She diid her basic B.Sc  nursing in 2006,M.Sc nursing in 2000 and her Ph.D  in 2018 under the guidance DR. Karaline Karunagari from Annamalai University ,Chidambaram,Tamil Nadu. She served as clinical nurse for 2 years and  20 years in teaching holding various positions at Govt college of nursing, Puducherry.  She attended more than 50 National and International conferences, Seminars and workshops etc and also delivered around 25 lectures in national, and International conferences, Seminars and workshops etc . She also presented papers and chaired the sessions in many conferences, Seminars and workshops . She has been a life member of Indian red cross society, trained nurses association of India, Critical care nursing association, India and IYCF society. She also serving as a editorial board member for "The International Journal of Scientific Research and Reviews". She has also received Best Educationist Award, Star of Asia Award ,Best Educator Award, Best Doctoral research award and best teacher award.