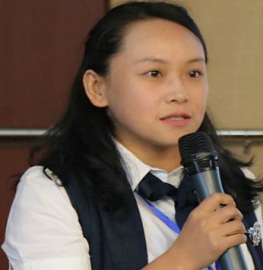 Background: Some countries have not their own original nursing theories, the US-born “nursing theories” are often used for nursing work. However, these current nursing theories cannot guide well systematically the actual diversified clinical practice of different countries.
Objective: To gain insights on the overall development of nursing theory, to compare different formation regulations and to make suggestions for updating or building your own national characteristic nursing theory.
Method: Topic related to “nursing theory” were searched in 4 Chinese databases and Web of science database for all times up to 13 April 2018. Bibliometric and co-word cluster analysis were conducted with the final included publications.
Results: A total of 8099 papers published by 13 379 authors in 961 journals were included in Chinese databases and 1056 papers were retrieved in Web of science database. The number of documents published has been overall increasing since 1963; the number of documents issued in Chinese journal of Nursing Research and English journal of Nursing Science Quarterly were the largest; American nursing theory literature number and influence ranked first, York University in Canada was the largest published institution; nursing theory high frequency words mainly focused on philosophy, ethics, concept analysis, nursing model, nursing practice, nursing research, nursing education, clinical nursing, nursing process, evidence based nursing and so on. The research hotspots are expanding consciousness, situation-specific theories, nurse-led care delivery model, concept analysis framework and so on.
Conclusion: The application of bibliometrics and the comparation of regulations of literatures on nursing theory can better reveal the status quo and development trends of nursing theory and provide scientific evidence for adapting and constructing updated local clinical nursing theory.

Dr. Zhu studies nursing theory at the Shanxi Medical University in China, and she is also an editorial director of the journal of Frontiers of Nursing. She has studied and worked in Germany for one year. She has presided over 4 research projects and published more than 6 research articles in SCI (E) journals.