After careful consideration, and in light of the ongoing Coronavirus (COVID-19) developments, we’ve made the difficult decision to postpone the “Nursing Research Conference” (Nursing 2020)

Due to growing concerns over the coronavirus (COVID-19), and with the well-being of attendees, partners and staff as the number one priority, we have decided that rescheduling the event is the only responsible course of action at this time.

The event will now be postponed to March 22-24, 2021 at Village hotel Changi, Singapore.

This event is also going live on the same dates August 17-18, 2020, if you are interested in attending online event— please send a request to get the meeting id at nursing@magnusmeetings.com For more details about the webinar, PS: https://nursingworldconference.com/webinar-online-event

The Program of the conference will be same with few changes and your registration and accommodation (if booked with us) will be automatically transferred to the new date, so we very much hope that we will see you in March.

Our sincere thanks to all the participants, speakers, sponsors and exhibitors for your understanding and supporting us in this situation.

If you have any further queries, please write in to us at nursing@magnusmeetings.com 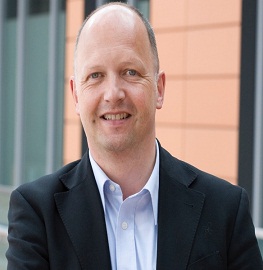 Whenever it comes to clinical decision making at the boundaries of life, multiprofessional perspectives and close attention to the values of both, affected patients and their families, need to be taken into account. Furthermore, the often-neglected moral distress or moral residue in teams of health care providers play an important role in the process of clinical decision-making, in particular in end-of-life situations. In the context of pediatric intensive care, the situation is even more complicated, since parents have to distinguish between the best interest of the child and their own interests on one hand and between (overly) optimistic and pessimistic perspectives of an ongoing treatment. This talk will present processes that facilitate families and teams in the setting of pediatric ICU to move from understandable moral reflexes and intuitions to moral reflection to determine the best therapeutic strategy and goal in critical care. Using clinical cases to illustrate the framework of ethically driven decision making will enable participants to translate the systematic approach to interprofessional clinical ethics into their own local contexts.

Prof. Dr. Norbert W. Paul, M.A. studied History, Philosophy, German Philology and Medicine at the Westfaelische Wilhelms University Muenster, Germany and graduated in 1991 (Humanites) and 1995 (Medicine). He was visiting professor and Alexander von Humboldt-Fellow in the Program in Genomics, Ethics, and Society and the Program in History and Philosophy of Science at Stanford University, USA. He joined the Heinrich-Heine-University Duesseldorf and later the Max-Delbrueck-Center for Molecualr Medicine Berlin, Germany as member of the scientific board. In 2004 he became distinguished professor for the History, Philosophy, and Ethics of Medicine the University Mainz, Germany. He is member of the Academy of Science and Literature and spokesman of the research program “Life Sciences – Life Writing”, DFG-grant 2015/2. He published about 160 scientific papers and books.