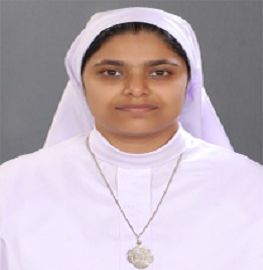 Title : Identify and compare the psychosocial problems and coping strategies of preadolescent girls with early onset of puberty in selected rural and urban schools

K.M. Jolly is an Associate professor, Obstetrics and gynecological Nursing Department, Mar Sleeva College of Nursing, Kerala, India since 2009. She earned her Bachelor of Science in Nursing and Master’s degree from St. John’s National Academy of Health Sciences under Rajiv Gandhi University of Health sciences, Bangalore, and is currently undertaking PhD in Nursingunder National Consortium for PhDin Nursing by Indian Nursing Council. She began her nursing career as a medical nurse and transition in to the paediatric ICU setting in St. John’s Medical College Hospital and lecturer inSt. John’s college of Nursing Bangalore. She has published her research findings in international journals.