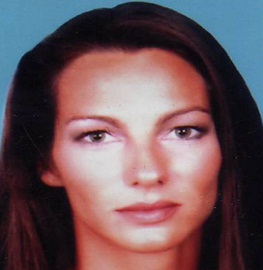 Title : Our experience in the improvement of the reproductive health in Roma women– an overview of the standpoints

A prospective interventional research was carried out (between December 2013 and August 2015) with the view to improving Roma women’s care for reproductive health. Within the framework of the entire research, it was carried out in three stages. At the beginning, interviews were conducted with Roma women in their settlement. Their answers provided an insight into their viewpoints regarding reproductive health, the behaviour of health care professionals and the decisions of the women to use the services of the women’s clinic. On the basis of the results of the qualitative analysis of the interviews, an educational leaflet was prepared. The leaflet, which was explained to each particular women that decided to participate in the research, helped raise the Roma women’s awareness regarding reproductive health. They become more familiar with different ways of making appointments, time frame and the need for preventive check-up appointments.
The effectiveness of the leaflet has been checked in two ways, namely using a questionnaire given to all Roma women in the settlement, and two focus groups with health care professionals in the Trebnje health centre.
The results of the first part of the research have shown that the Roma women are still tightly connected to their cultural tradition which greatly influences their care for reproductive health. But significant changes can be observed in terms of their views becoming more and more similar to the majority population, which is particularly apparent in younger generation.
The usefulness of the leaflet is mostly seen in the provision of urgent data regarding the women’s clinic (69%) and in the training for finding a suitable time to see a doctor and make an appointment (73.5%). The answers of women in childbearing age and those before or past it are statistically significantly different. However, it needs to be remembered that educational materials distributed among Roma women have a desired effect only if certain conditions are fulfilled, such as literacy of the target group (at least partial) and the ability of the women to identify with the materials (in this case women in childbearing age.)
Health care professionals report that raising the health literacy marked the beginning of positive changes in the reproductive care of Roma women. It can be concluded that Roma women need and accept educational materials adapted to their values and tradition, which is changing under the influence of the majority population.

On 24 February 2016, Marjeta Logar ?u?ek, MSc is defending her doctoral thesis at the Medical Faculty in Ljubljana. She spent the period between December 2013 and August 2015 researching the influence of health and educational intervention on raising the awareness and consequently improving the responsiveness of the Roma women with regard to their own care for reproductive health. The research was conducted in the Roma settlement Vejar in the Trebnje municipality in the Dolenjska region. Ms Logar ?u?ek was able to establish and confirm positive influences of education and training on the Roma women’s decisions regarding the choosing of possibilities for the use of health services in the area of reproductive health. A clear connection can also be seen between the use of educational materials and the women being more aware of the consequences of their own decisions.
Prior to this, Marjeta Logar participated in the research into the effects of stress and its influence on medical absenteeism among employees in a company and a public institution – hospital. She chose the title for her Master’s thesis based on this research.
She has actively participated in international conferences, symposiums and meetings connected with health care. In 2015 and in 2018 she organised a professional seminar for health care providers for maxillofacial and oral surgery in University Clinical Centre Ljubljana, which included 18 expert lecturers.
She participated in numerous research activities in the area of primary education.
She was the first to start research into the awareness of reproductive health of the Roma women in Slovenia.