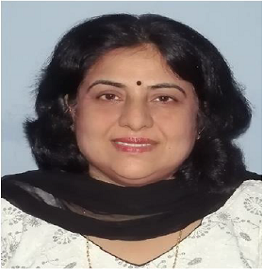 Title : Role of Focus Group Discussions in Field of Contraception

A focus group discussion (or FGD) is a qualitative research method in the social sciences, with a particular emphasis and application in the developmental program evaluation sphere. The moderator asks broad questions to elicit responses and generate discussion among the participants. The ideal number of participants in a FGD discussion is 8-12 .The group is homogenous and participants should not know each other . By conducting a focus group, the researcher can observe interactions about various methods of contraception, gauge reactions, and interpret body language, all of which will help the researcher understand cultural meanings surrounding the particular topic. We can discover how different groups think and feel about a topic and why they hold certain opinions, investigate the use, effectiveness and usefulness of contraceptive services, verify or clarify the results from surveys ,suggest potential solutions to problems identified ,inform decision-making, strategic planning and resource allocation , adds a human dimension to impersonal data and deepens understanding and explain statistical data. To find potential solutions to problems faced by community in accepting contraception ,a FGD that included all stakeholders in the contraceptive decision making process was designed
Objectives
This study was designed for understanding the perceptions, attitudes and beliefs in contraceptive decision among Indian women and men in an urban Indian setting.
Methods
The focus group study included subgroups of married women, married men, mothers-in-law and women’s health advocates. There were three focus groups per subgroup, 137 participants with 9-14 per focus group. A discussion guide was developed with themes including concerns about side effects of various contraceptive methods limiting uptake The qualitative data was analyzed using modified grounded theory.
Results
All subgroups expressed concern about contraceptive side-effects and risks and indicated preference for non-hormonal methods (female sterilization and condoms). The common belief was that female sterilization is convenient and without side-effects, male sterilization was dismissed as an acceptable option .Male sterilization was considered unacceptable, with common perception of causing sexual “weakness” and a physical weakness diminishing the ability to work. Women’s health advocates believed that women desire a reversible contraceptive method. Many women’s health advocates and married women believe that female sterilization is reversible. The common belief about mothers in law as primary decision maker was nullified by the fact that husbands and wives are the primary contraceptive decision makers. Married women and advocates expressed a strong preference for a highly effective reversible and side-effect free method of contraception.
Conclusions
Women need to be offered and counseled about long acting reversible methods and male counseling required to remove the myths about vasectomy . A method which does not disturb menstrual regularity and bleeding profiles and is free from other side-effects associated with steroids should be a welcome addition to the existing methods.

Dr. Rohini Sehgal studied Medicine at Pt BD Sharma PGIMS ,Rohtak Haryana and graduated with MBBS in 1985 and DGO in 1987. She joined as Researcher in ICMR sponsored HRRC , Department of O&G , AIIMS, Delhi in 1989. She received DNBE (Obs&Gynae) degree in 1991 . In 2004, she joined as Medical Scientist at Department of O&G, AIIMS, Delhi . She has participated as clinical researcher / Co investigator in more than 40 clinical research trials .She is Coordinating Officer of WHO CCR in HR AIIMS since 10 Years. She has published 27 research articles in Scientific journals,/Books.