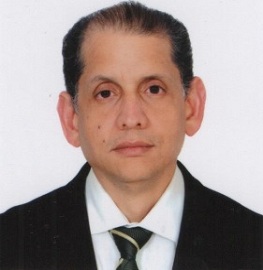 Title : The importance of adiponectin for the prevention of obesity in children

According to the World Health Organization (WHO), the prevalence of obesity and its metabolic complications, both in adults and infants has considerably increased in recent decades. This increase in pediatric adiposity has created a relevant public health problem, as there are comorbidities such as dyslipidemia, hypertension, glucose intolerance, and hepatic steatosis. In the long run, these overweight children may become obese adults with an increased risk to get cardiovascular diseases. The role of adipose tissue goes beyond the simple storage of lipids and energy supply by mobilizing free fatty acids during fasting, it is a complex endocrine organ characterized by the adipokines secretion, adipocyte hypertrophy and infiltration of macrophages predominantly of visceral adipose tissue, which unleash an imbalance in the synthesis of proinflammatory/anti-inflammatory adipokines, with a decrease in anti-inflammatory adipokines: adiponectin and omentin-1, causing a low-grade chronic inflammation that determines the fundamental mechanism in obesity. Adiponectin exerts its anti-inflammatory effects directly on the macrophage. It changes the polarization of macrophages from the M1, pro-inflammatory category, to the M2, anti-inflammatory category. In other words, it modulates the classically activated pro-inflammatory phenotype of macrophages (M1) to alternately activated macrophages (M2); it stimulates the expression of arginase-1 and IL-10; and it improves the ability of macrophages to eliminate apoptotic bodies early, which is crucial in the prevention of inflammation. There is a new protective function of Adiponectin against metabolic disorders and organic damage through T-cadherin that facilitates the exosomic release of inadequately folded proteins, controls cellular stress, decreases ceramide levels, and maintains cellular homeostasis. Another essential function of adiponectin is to protect cells from apoptosis induced by endoplasmic reticulum stress and the reduction of the inflammation in adipocytes, hepatocytes, endothelial cells, and pancreatic beta cells as it blocks mitochondrial apoptosis through the activation of the pathway of the protein kinase signal. Adiponectin is a potential biochemical biomarker in metabolic disorders since it modulates the pathogenesis of overweight and diabetes mellitus type 2, thus considered key to the creation of new therapeutic intervention and prevention of these pathologies.

Dr. Gerardo Fernando Fernández Soto. He studied medicine at the University of Zulia, Venezuela. He graduated in 1986. He got his Specialist Pediatrics degree in 2001. He is Master in teaching for Higher Education. He got his master degree in 2006. He is PhD of Medical Sciences. He got his PHD degree in 2008. He is master in Immunology. He got his master Immunology degree in 2015.  Currently, he is studying his PhD in Health Sciences at the same institution. He has advanced studies in nutrition and metabolism, University of Córdoba, Spain 2010. He has a Postdoctorate in science and technology management. He is Professor of the Nursing Career in the Health Sciences Faculty of the Technical University of Ambato in Ecuador and he is researcher of the project "Learning Strategies with Social Relevance for the Prevention of Childhood Illnesses" developed in the University of Ambato in Ecuador, He has published more than 20 research articles in SCI(E) journals.) Regular Member of the “European Society for Immunodeficiencies”.